BREAKING: Trump & Pope to Meet, Here's What the Pope Says About It - AmericaFirstPatriots.com

This will be a meeting for the ages!

One the one side we have the dark prince, the false prophet in the flesh.  Or so many believe.  On the other side, you have the white knight, President Trump.

I mean, doesn’t this Pope look warm and fuzzy to you?  Looks like he’s just oozing with love.  Right? What I would give to be a fly on the wall at this meeting.

The meeting is scheduled to happen later this month at the Vatican.

As we get closer to the meeting, the Pope is commenting about what will happen, and how he will approach the meeting.  He promises to be “sincere” and to come in with an open mind.

Here are more details of the story, from Reuters:

Pope Francis said on Saturday he would be “sincere” with U.S. President Donald Trump over their sharp differences on subjects such as immigration and climate change when the two hold their first meeting at the Vatican later this month.

But the pope also told reporters aboard a plane returning from Portugal that he would keep an open mind and not pass judgment on Trump until first listening to his views at their meeting on May 24.”Even if one thinks differently we have to be very sincere about what each one thinks,” Francis said in a typically freewheeling airborne news conference.”

Topics will emerge in our conversations. I will say what I think and he will say what he thinks. But I have never wanted to make a judgment without first listening to the person.”

The pope’s meeting with Trump could be potentially awkward given their diametrically opposed positions on immigration, refugees and climate change, which he told reporters on the plane “are well known”.

Last year, in response to a question about then-candidate Trump’s views on immigration and his intention to build a wall along the U.S. border with Mexico, Francis said a man with such views was “not Christian”. 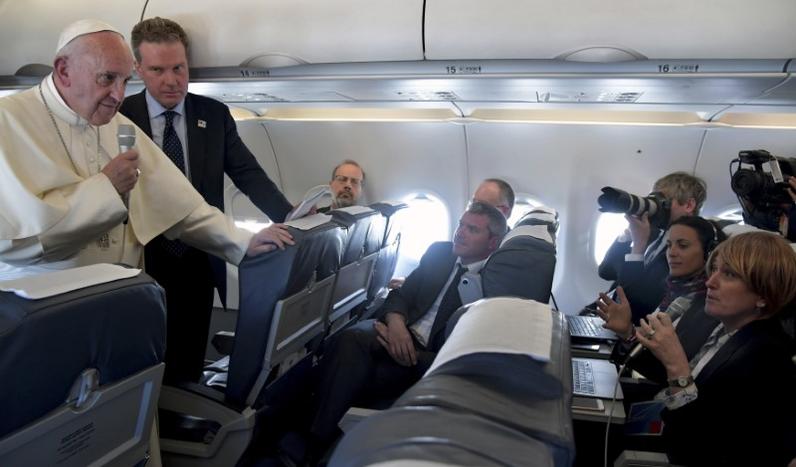 Francis has made defense of the environment a key plank of his papacy, strongly backing scientific opinion that global warming is caused mostly by human activity.

Still, Francis said he was willing to find common ground with Trump.

Should Hillary’s Email Investigation be re-opened with Comey gone?