Does Hillary Want To Run For Mayor Of NYC? - AmericaFirstPatriots.com

Either way, it turns out New York City doesn’t want HER.

To catch you up to speed, rumors have been going around about Hillary Clinton. First they say she’s considering her own TV show, and now they claim she’s thinking about running for mayor.

You know what? I think she should run too – right off the tip of the Empire State.

It turns out, New York City doesn’t think she should run either. Wait, suddenly they’re not “With Her” anymore?

This new poll shows that 58% of New York voters don’t think Hillary should run. Only 23% wanted her to, and 19% of voters couldn’t quite figure it out.

But another Hillary run is unlikely, since she says she won’t run if the current mayor, Bill DeBlasio does. Then again, she’s not well known for keeping her word. Nope, her claim to fame lies in her reputation for corruption, scandal, and bribe-taking.

In the meantime, signs like these have been cropping up around New York City: 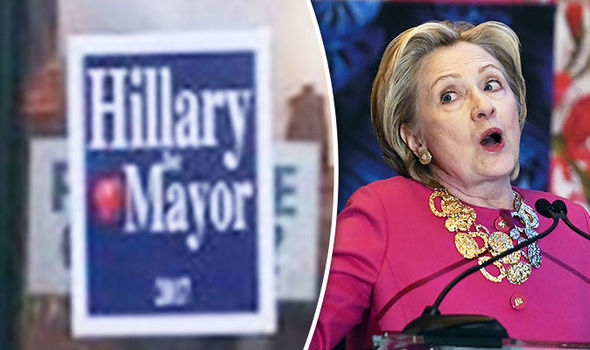 The funny thing is that Hillary hasn’t even seemed to notice that she’s drifted into irrelevancy like a snake slithering into a puddle.

Good luck with that, O Crooked One. You’ll need it!